All the basenji breed info you ever wanted to know (well, almost). 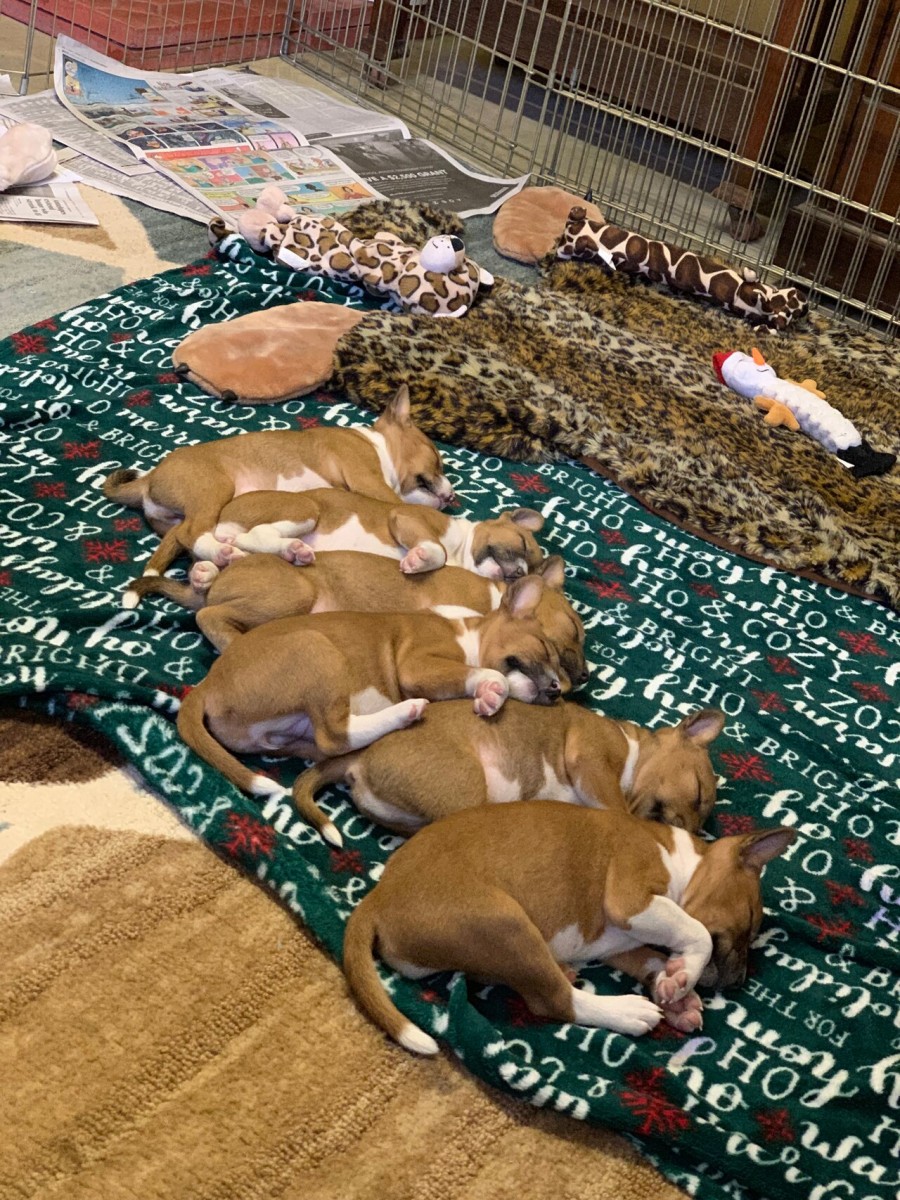 The basenji is native to Africa and has been associated with man for thousands of years. Some native tribes still use the basenji as hunting companions, due to their innate independent hunting ability as the basenjis run prey animals into nets away from the hunters. This makes the basenji a great candidate for competitions such as agility, and lure coursing, when not in the ring.

Although basenjis are known as bark-less dogs, they actually can bark and often make other sounds that include yodels, cries, and howls. They also enjoy mimicking sounds of other animals around them. There are often times when a small pack may sound as if it is a large group of wild dogs ‘singing’ songs.

Basenjis come in four colors which all include white feet, chests, and tail tips. These colors are red, black, tricolor (black, red, and white), and brindle. Due to genetic appearance of colors, bitches may often give birth to two or three different colors when bred.

Basenjis have short attention spans and immense curiosity. This, mixed with their high activity levels, makes them great escape artists who are known to free themselves, and sometimes playmates, from their crates, cages, and yards. Basenjis have also been known to steal interesting objects from their owners and even hoard and hide them. These little dogs can be quite opportunistic and make any place seem like home, which often includes shredding things to spread about.

Basenjis have a certain air of prominence about them and sometimes believe themselves to be smarter than humans. They are known to lick themselves and anyone else around them clean and dry when they are dirty or wet. Thus, basenjis are a breed known for being odorless and in need of very little grooming. Although they do shed, basenjis shed less than other breeds and also have less dander. The basenjis’ dislike for water makes these dogs difficult to walk in the rain or snow, although it is nice that they tend to stay out of mud and dirty puddles.

Basenjis have not been able to escape their own health problems. Fanconi Syndrome is a genetic disorder of the kidneys that leads to the inability to properly reabsorb nutrients into the body. Genetic testing is being done to help eradicate this problem from the breed. Some other health problems found in basenjis include umbilical hernias, IPSID (immuno-proliferative small intestinal disease), hip dysplasia, luxating patella, thyroid problems, persistent pupillary membranes, and progressive retinal atrophy. Due to preventive testing, breeders have almost bred out hemolytic anemia and are making progress with Fanconi Syndrome thanks to a DNA linkage marker test available since July 2007.

Basenjis are small dogs with big attitudes. Without being known as aggressive, they are able to handle themselves and are curious enough to find out everything they can.

The full AKC breed standard can be found here supplemented by the 2012 BCOA illustrated standard.